Pop-rock songstress Avril Lavigne is set to release her first eponymously-titled album, Avril Lavigne, on Monday 4th November. Co-produced by Lavigne, Chad Kroeger, Martin Johnson and David Hodges, Avril Lavigne came together in the spring of 2012 and was recorded over the past year at Henson Studios. Featuring thirteen tracks including the summer smash, platinum-certified Here’s To Never Growing Up which debuted at #1 in 22 countries and a top 10 single in 44 countries as well as new single, Rock N Roll, the release will be the fifth studio album for the multiplatinum, award-winning singer-songwriter.

Avril Lavigne has made an indelible mark on the music community, selling more than 35 million albums worldwide, 8 Grammy nominations and the winner of 7 Canadian Juno Awards. She burst onto the music scene in 2002 with the critically acclaimed Let Go featuring the smash singles Sk8er Boi and Complicated. Her 2004 release, Under My Skin, debuted at #1 on the Billboard charts, as did her third album, The Best Damn Thing, which produced the irrepressible #1 single Girlfriend logging more than 202 million views on YouTube. Lavigne also wrote the song Alice for Tim Burton’s critically acclaimed Disney Film Alice in Wonderland.

Lavigne’s fourth studio album, Goodbye Lullaby, featured the smash-hit singles What The Hell, and Smile, released in 2011 to critical acclaim.

Tagged in 2013 album Avril Lavigne Here's To Never Growing Up 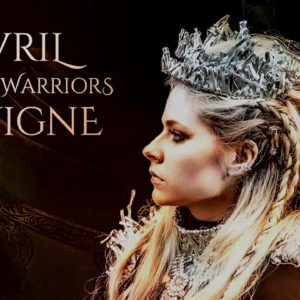 Devin Townsend to release the ultimate edition of Empath!