Heavy metal icons Mercyful Fate announce their first North American tour in over two decades. Produced by Live Nation, the journey will commence on October 25th in Dallas, Texas and weave its way through fourteen cities, closing on November 16th in Atlanta, Georgia. As a special guests will perform Midnight and German thrash metal legend Kreator.

Mercyful Fate was formed in early 1981 in Copenhagen, Denmark by vocalist King Diamond and guitarist Hank Shermann. They were later joined by guitarist Michael Denner, bassist Timi Hansen and drummer Kim Ruzz. The band recorded two demos in 1981 and later signed with Rave On Records in Holland for the recording of their successful self-titled EP, which was soon in heavy rotation around core metal radio stations, launching a new breed of heavy metal with their unique sound.

In 1983 they signed with Roadrunner Records and released their debut full-length, Melissa. The following year, Mercyful Fate returned to the studio to record now legendary album Don’t Break The Oath. By April of 1985 they decided to part ways for each to pursue new challenges. The King Diamond band was born and reaped critical acclaim the following years with five studio albums on Roadrunner Records. Later he has signed with Metal Blade Records and is going stronger than ever before.

In summer 1992 Mercyful Fate decided to reunite and penned a new deal with Brian Slagel and his label Metal Blade Records. Band has gone on to release another five studio albums. The highlight of 1999 was their critically acclaimed record 9 which was followed by a European tour with Metallica, where King Diamond and Hank Shermann joined them onstage for the Mercyful Fate medley, which Metallica had recorded on their Garage Inc. double tribute album the year prior. Following tours across America marks the band’s last live performances for over a decade, as they went on hiatus. In 2011 Mercyful Fate did a brief appearance when members joined Metallica onstage again, for their 30th anniversary show in San Francisco, California.

Mercyful Fate’s upcoming North American tour follows their stunning headlining performances at European festivals, throughout this summer. Tickets go onsale this Friday, September 9th at 10:00am local time at www.mercyfulfatecoven.com. Limited VIP packages, which will include Meet & Greets, photo opps, private Q&As, exclusive merch and more, will also be available. These shows will sell out so don’t miss it! 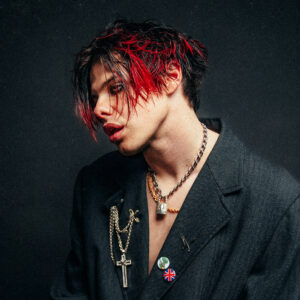