Home » Reviews » You are reading »

It was very long 365 days of waiting for next edition of Rock im Park festival, but it’s finally here. In 2015 festivals Rock am Ring / Rock im Park celebrated their 30th / 20th anniversary. Not every single festival has such a long time tradition as Rock am Ring or Rock im Park. Both festival was sold out a few weeks before their start and during the 3 days offered to visitors more than 75 shows, with a unique atmosphere. These festivals are also very popular for the fans, and as well also for the bands.

“One thing that Europe has in the summer that we don’t really have in the States are big festivals, and they have a HUGE amount of them with really varied line ups. I have played a festival where Cannibal Corpse, Green Day, Sick of it All, The Prodigy, R.E.M., Slipknot, Slash, and Immortal have all been on the same bill, and it is FUCKING RAD. It’s also completely typical of a European festival, and no one seems to think it’s odd that these bands would all be on the same bill – it fucking rules, in my opinion – the music genres cross over at these festivals in a way that they don’t often do, and backstage all the musicians enjoy themselves and interact without giving a fuck about “genre”. I’m just grateful to be able to be here and around a huge variety of it this summer – keeps things fresh. I wish we had more of these types of gigs in the States. If any of y’all back home are ever able to travel to Europe for a bit in the summer, I suggest checking out some of these festivals – it’s a good time!” said Randy Blythe from Lamb Of God.

The first day of the festival, despite the tropical temperatures, was very successful and above expectations. The festival started on Friday at 13:00 with performance of Ruen Brothers, on main stage, followed with performance of Eagles Of Death Metal. The first band which I’ve seen was Godsmack on Alterna stage. On the start of their set there was some technical issues with the sound system, so people started shout for a soundcheck, but after a few minutes the problems was solved and Godsmack could really start their set.

Next band in the line up on Alterna stage was American rockers Papa Roach led by singer Jacoby Shaddix. I was a little bit surprised how the band like Papa Roach can get this early time for their set (they played at 15:45), but despite the early time they had a massive audience of 45~50k people under the stage. Thanks to their catchy music and Jacoby’s work with the crowd, the rockers very easily has created a great atmosphere and underline that for the next next years they may get more exclusive headliners times at the festivals. 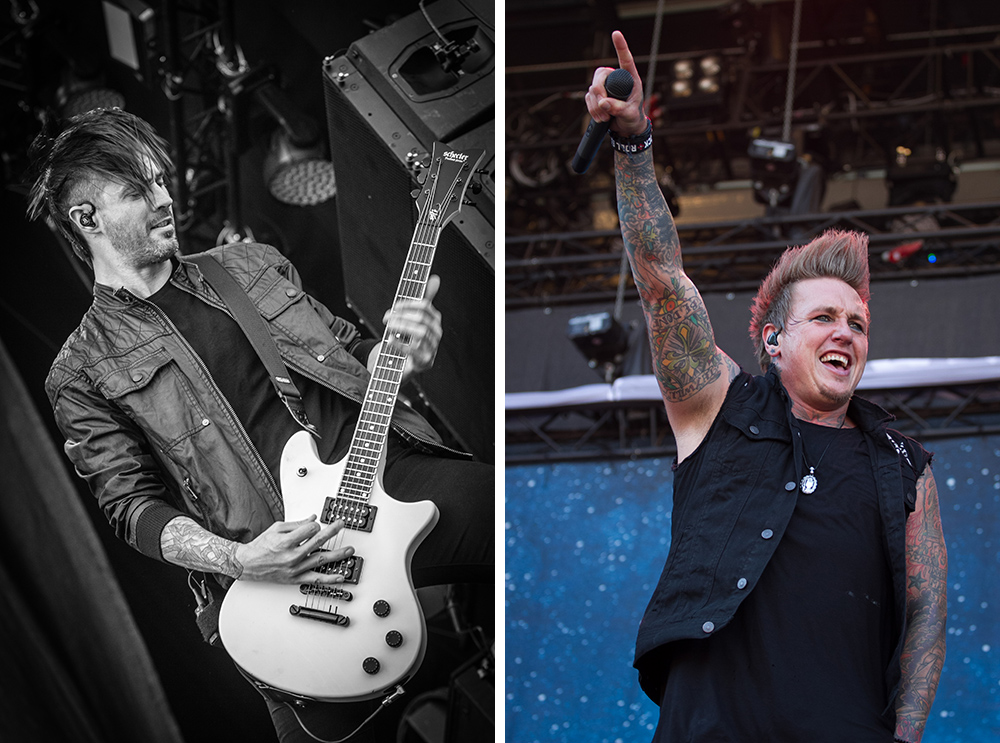 After Papa Roach jumped to the stage, earlier mentioned Randy Blythe with Lamb of God, and the first day also offered performances of Australian surfers Parkway Drive, Swedish metalheads In Flames or legendary Motorhead… and the icing on the cake – 2 of 4 headliners of 2015’s festival – Foo Fighters and Slipknot! Personally I think that it wasn’t best decision to let play Foo Fighters and Slipknot on the same day at 2 different stages with only 15 minutes pause between their sets. It caused that in the middle of Foo Fighters set, many of the people started leaving their concert and go to the other stage to get the best places and don’t miss any tone of Slipknot concert.

Dave Grohl, Chris Shiflett, Pat Smear, Nate Mendel and Taylor Hawkins played one incredible gig with all their hit singles like Everlong, Learn to Fly, The Pretender, Walk, or My Hero, which was played in acoustic version – only Dave with his acoustic guitar. During this song the rest of the band come closer to the crowd, to the catwalk where they played cca 1/4 of their set… and of course they not forgot to play the song Best of You, which closed their performance. 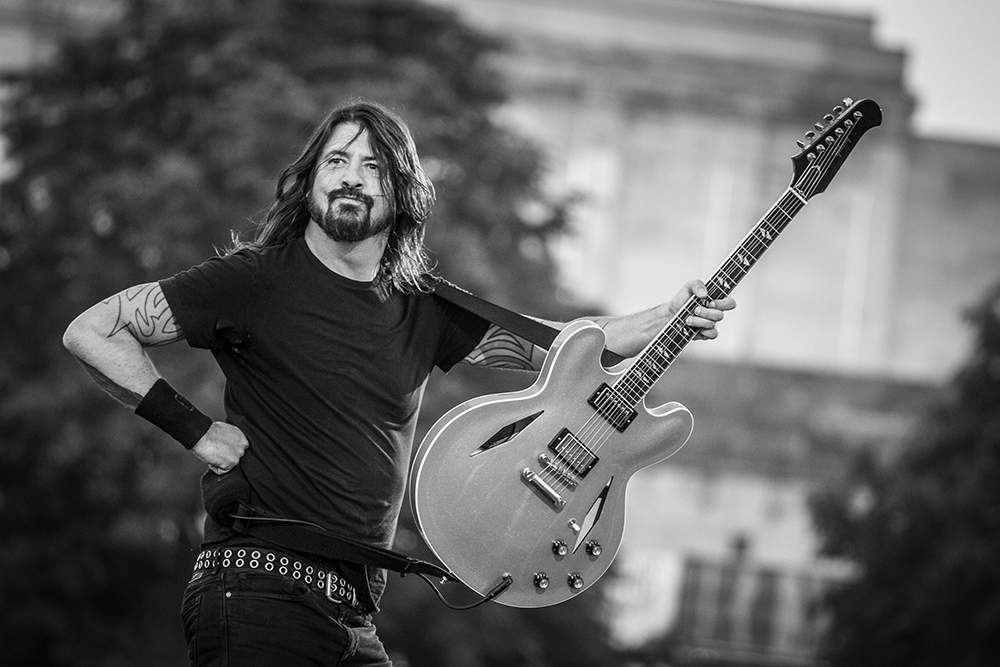 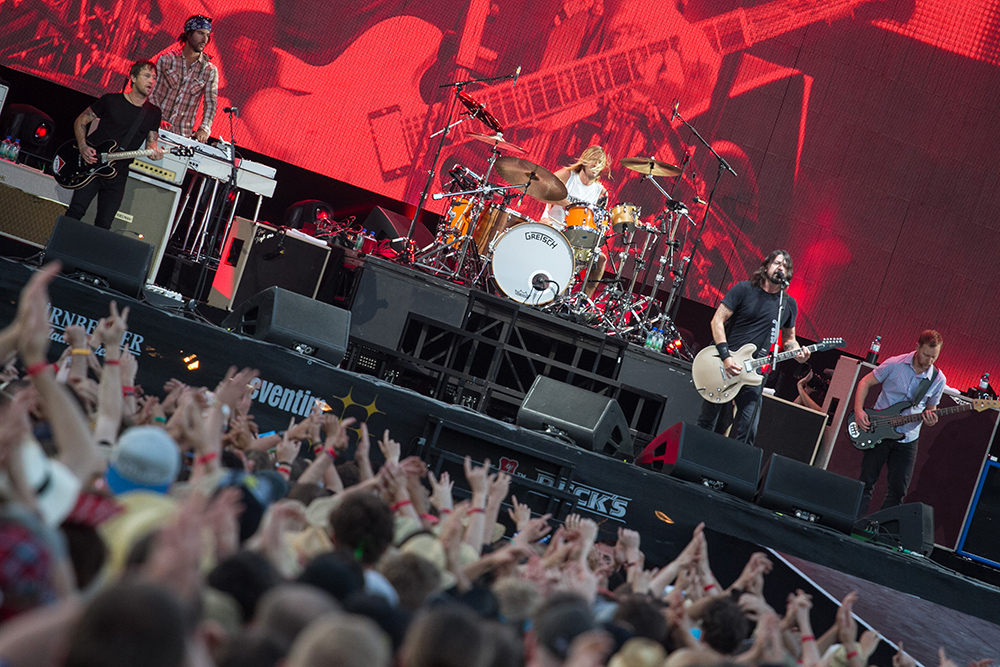 Program of the first day of Rock im Park 2015 ended with really fucking unbelievable concert of Slipknot. It was one of the best shows what I’ve ever seen. Under the stage was something about 80 000 people, which enjoyed Slipknot performance. It was nice view to see how nearly all visitors of the festival come to see this fucking hell performance of American metal guys from Iowa. The voice of Corey Taylor, guitar tones of master of his instrument James Root and all other masked musicians was guarantee of high quality and perfect show performance. During the gig Slipknot played hits from all their albums, including the song Spit it Out from the self-titled debut record from 1999. On this song Corey asked the crowd to go down and realize one fucking big jump.