Just a week ago (on July 24th, 2020), Taylor Swift surprised fans with the unexpected release of her critically-acclaimed 5 star album, Folklore. Since its release, Folklore has cemented itself as the top selling album of 2020.

Folklore stands out as the #1 album in the world with global sales over 2 million worldwide and over half a billion total streams on audio and video in just one week. It has reached #1 on iTunes in more than 85 countries. The album marks the biggest UK debut for a female artist in 2020 and becomes her most streamed album in its first week in the UK.

The stunning lead single from the album, Cardigan, debuted #1 on the Global Spotify chart, claiming the most daily Spotify streams in 2020. It also reaches #1 on iTunes song chart and was the most added song at Top 40 and Hot AC radio airplay charts nationwide. The song was also added straight to the A list on BBC Radio 1 in the UK.

These latest achievements follow a series of records set by Folklore. Last week, it shattered the global record for first day album streams on Spotify by a female artist with 80.6 million streams and delivered the most-streamed pop album on Apple Music in 24 hours with 35.47M streams. Additionally, Folklore set the U.S. and Worldwide Amazon Music Indie/Alternative Streaming Record. 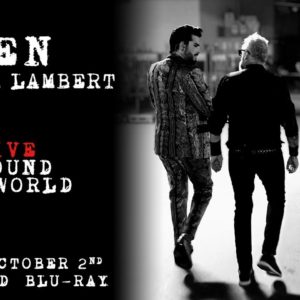