Billie Eilish announce Happier Than Ever World Tour for 2022!

Following the release of her latest single Your Power and ahead of the July 30th, release of her forthcoming album Happier Than Ever, one of the biggest stars of these days, Billie Eilish announce the first leg of her new world tour, set to commence in February 2022. 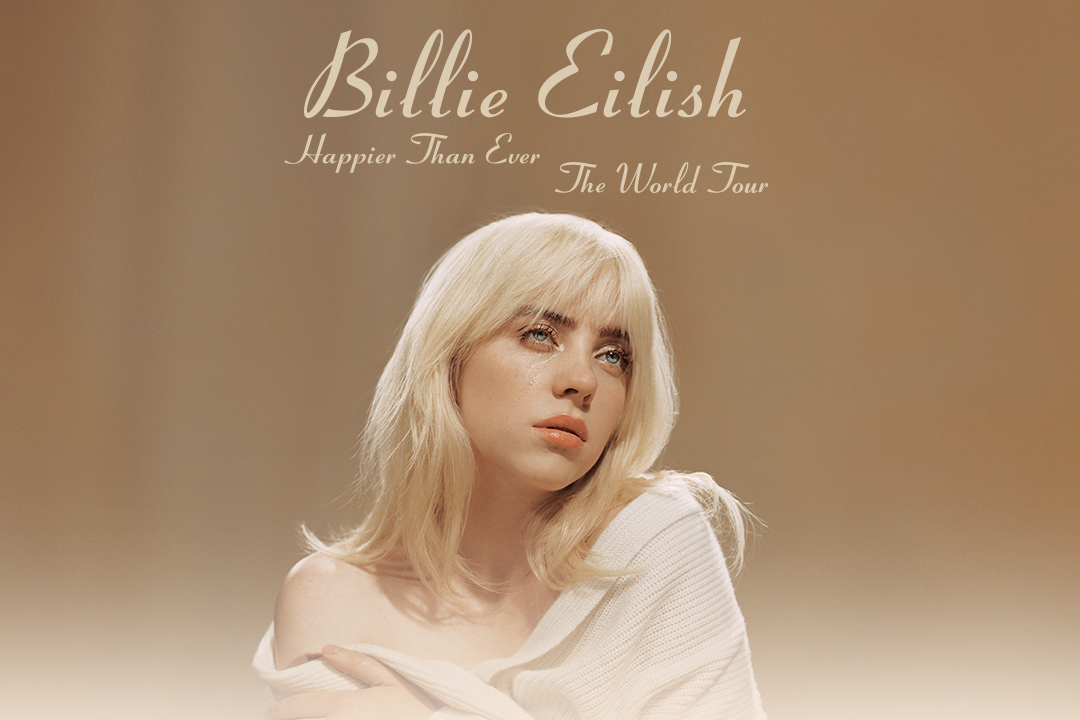 2021 has already been quite the year for 19-year-old Billie Eilish, whose recent single Your Power debuted at #10 on the Billboard Hot 100, logging more than 150 Million streams in the first two weeks of release. Earlier this year, she took home two additional GRAMMY Awards – Record of the Year for Everything I Wanted and Best Song Written For Visual Media for her James Bond song No Time To Die. In February, her groundbreaking documentary film directed by R.J. Cutler, The World’s A Little Blurry, saw its Apple TV+ global release and received critical praise worldwide.

The 32-date North American arena run of her 2022 Happier Than Ever World Tour will kick off on February 3rd, in New Orleans and will be making stops in Atlanta, Pittsburgh, Detroit, Chicago, Boston, New York and more, before wrapping with 3 shows in Los Angeles, early April. The 18-date European and UK leg is set to take place early summer, starting on June 3rd, in Belfast’s SSE Arena.

The singer has also confirmed she will be continuing her work with sustainability partner REVERB for the tour, with the fan-facing Billie Eilish Action Village at each show which will focus on climate action and climate justice, hosting and supporting BIPOC and women-led environmental organizations as well as a comprehensive program via REVERB’s forthcoming Music Climate Revolution campaign.